UPDATE: 2 offices to serve you better. As of May 2017 office 10 will be for Living and Last Testament Wills, application to the courts for Probate and acting as the Will Executor, Proxy or Surrogate and Funeral Directors. Office 12 will be for Civil, Criminal, Family, Consumer, Company Law matters, setting up and registering companies, Developer and Police issues, Licensing, Contracts for buy and sell, lease agreements, share transfer agreements. Same building same one stop service center for everything to do with the Law.

Several years ago Khun Jeab (Director) was working in another Law Company and later shared an office with a real estate agent. It was suggested that this would not give Thai888 Law Company much credibility. An office nearby was then rented for 12 months to test the legal waters. As the CEO was English speaking, this attracted many foreigners and Thai888 grew quickly in the first year. The rented office was then purchased and fitted out. Now with 5 staff Thai888 has found the company growing each year. In the early days, we were faced with our first probate case. We all learned a lot from that and by chance, Kelvin was at the Pattaya City Expats Club where a talk was being given by Allison Monkhouse Funeral Directors. A meeting with them concluded in both our Companys entering into an MOU, where Thai888 would do the legal Probate work and Allison Monkhouse would do the Funeral Director Services. This agreement has worked well for our respective companies and will strengthen more in 2017. Kelvin Bamfield, is an adviser in both local and International Living Wills, Last Will and Testament and Probate issues. 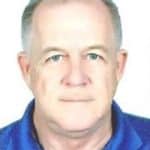 International Company for all legal issues. Specialists in Probate. Make a Living or Last Will and Testament. I will act as your Will Executor in the event something happens to you or act as your Surrogate for the Living Will. The Thai888 Law Company also offers a full range of criminal, civil, family, consumer, immigration, Embassy, Police,  all legal services.

rate us before you go