Sad news for another Expat and his passing in Pattaya.

Jerry was a friend and a valuable member of the PCEC Board. Jerry passed quietly in his sleep.

As was urged at the PCEC last Sunday. It was highlighted that Lawrie Mcloughlin (another PCEC member) passed in April 2017 without a Will and this has caused Jerry Dean Obituary thai888 law Pattaya PCEC many issues and delays.

Jerry Dean had a Will and this makes it easier on the ones left behind.

Thai888 Law Company is acting as Executor on both estates, liaises with the Embassies, hospital, police and we do all the funeral arrangements.

Attached is the Obituary for Jerry Dean. Go well matey.

Video of Gerry Dean youtube video of him and Ren https://www.google.co.th/imgres?imgurl=https%3A%2F%2Fi.ytimg.com%2Fvi%2FUu_SnJ1Q4lg%2Fmaxresdefault.jpg&imgrefurl=https%3A%2F%2Fwww.youtube.com%2Fwatch%3Fv%3DUu_SnJ1Q4lg&docid=HcKBedFGkIrcdM&tbnid=RephKON6lNlSYM%3A&vet=10ahUKEwiPw6HQ3tnYAhVKPrwKHadUAUgQMwg9KAAwAA..i&w=1280&h=720&client=firefox-b&bih=581&biw=1280&q=jerry%20dean%20pcec&ved=0ahUKEwiPw6HQ3tnYAhVKPrwKHadUAUgQMwg9KAAwAA&iact=mrc&uact=8

This week Probate was finished for a man that died in Chiang Mai. I flew up with the team a few months back and gave testimony in the court as the children did not want to come to Thailand to administer the estate.

The Judge was most accommodating and allowed the children ( the Beneficiaries ) to resign and then appoint me as the Executor.

There were several cases on the ticket that morning and Thai888 Law was number 7. However, the Judge bumped our case and so we were number 1.

There was very little to the estate and it was not complicated. However, the bank account could not be closed until we had a court order.

Thai888 put everything in place and arranged for the bank (after signing several forms) to post a check to my bank.

After this was cleared I arranged for my bank to pay the 3 Beneficiaries – again many forms as the money was leaving Thailand and under the money laundering act we need all sorts of clearances.

The money landed in the Beneficiaries 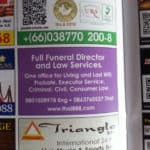 deceased estate condos and must sell

HIPFLAT on the 8th floor corner – best 2 in the building

can do a deal to sell so make an offer to thai888.com

Now this lovely nice big condo is for rent at 15,000 baht per month based on 12 month contract

ALL details are here Pattaya Heights

Its in a company name but this does not matter and so ask Thai888.com what the details are 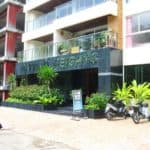